The Rogers Company is marking an important milestone in the company’s history by celebrating its 65th anniversary in 2010. This makes the designer and builder of trade show exhibits and other branded environments one of the most experienced and well-respected companies in the trade show arena.

Watch an interview with Jeff Blackwell, president of Rogers.

Van Rensselaer Rogers first established Rogers Display Studios, Inc. at the Old Arcade in downtown Cleveland after returning from Hollywood and a stint with Walt Disney. Van Rogers became a true force within the trade show industry, easily recognized with his iconic ten-gallon Stetson hat and waxed mustache. He was a founder of the Exhibit Designers & Producers Association (ED&PA) and was involved in the creation of the National Trade Show Exhibitors Association (NTSEA). In 1972 Van Rogers sold his company to NESCO Inc. which continues to own The Rogers Company today. 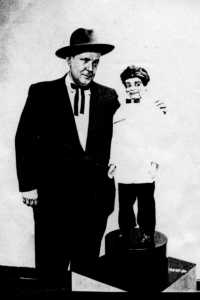 Rogers is currently headquartered in Mentor, Ohio utilizing a 150,000 sq/ft facility to design and build custom trade show exhibits for companies all over the world. The company also has an extensive rental inventory allowing it to accommodate a wide range of budgets.

“Over the 65 years we've been in business, the trade show industry has changed tremendously,” said Jeffrey Blackwell, president offers. “We've continuously evolved with the times in terms of technology, materials, design tools, and engineering. The only thing that hasn't changed is our intense commitment to exceptional customer service.”

Rogers recently launched Return on Exhibiting, a new service to help companies achieve 100% post-show lead follow-up in order to maximize their trade show ROI. Return on Exhibiting represents the company’s core principals and is just the latest expansion of services to better meet the needs of their clients. Blackwell sees the move as a natural extension of Rogers’ service oriented culture.

“We have always provided our clients with complete transparency in terms of their billing and we have also worked with them to ensure they are getting the very best value for their money,” he says. “Today, we’re bringing that service full circle and helping clients maximize their post-show activity and further increase their trade show ROI.” 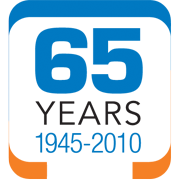